In order to infer design, Dembski has to eliminate regularity and chance. While chance can be eliminated in a relatively straightforward manner, regularity may not be that simple to eliminate.

We investigate by means of a simple theoretical model the emergence of prime numbers as life cycles, as those seen for some species of cicadas. The cicadas, more precisely, the Magicicadas spend most of their lives below the ground and then emerge and die in a short period of time. The Magicicadas display an uncommon behavior: their emergence is synchronized and these periods are usually prime numbers. In the current work, we develop a spatially extended model at which preys and predators coexist and can change their evolutionary dynamics through the occurrence of mutations. We verified that prime numbers as life cycles emerge as a result of the evolution of the population. Our results seem to be a first step in order to prove that the development of such strategy is selectively advantageous, especially for those organisms that are highly vulnerable to attacks of predators. 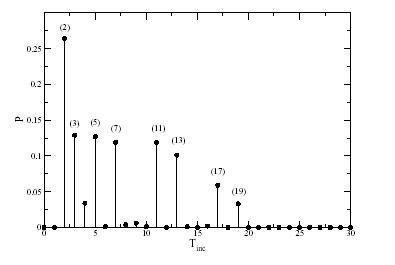 From: ERIC GOLES, OLIVER SCHULZ, AND MARIO MARKUS Prime Number Selection of Cycles in a Predator-Prey Model, Complexity 2001 Vol. 6, No. 4

we find the following 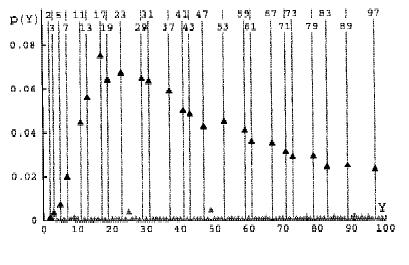 It seems that a relatively simple evolutionary model can generate prime numbers. I wonder how Dembski’s explanatory filter would have performed here? But we already know this.

Can we say “another false positive”, you know one of those pesky things that Dembski keep arguing do not exist for his method?