My opening bid: the April 2nd, 2006 Cover Page is still accessible on-line. I’m making a virtual wager (this is a virtual pub, after all), and that is that the Cover Page will be gone by Monday.

Will Chloe get the download before Mims’ minions destroy the hard disk? Will Harry Potter be able to defeat the spell of invisibility the Gazette is putting on all articles Pianka? Read on…

Mike Dunford has a post called The Seguin Gazette-Enterprise, My Foot, and My Mouth that explains why the Seguin Gazette mistakenly yanked the Pianka articles, and notes that they are now all back on-line.

And back they are: you can now get to the articles for April 2nd, 4th and 5th at the Seguin Gazette.

A new mystery: in the last two stories, reporter Jamie Mobley’s name has been changed to Jamie Maxfield. 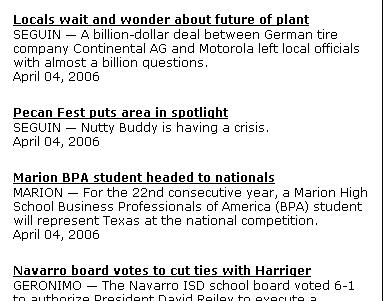 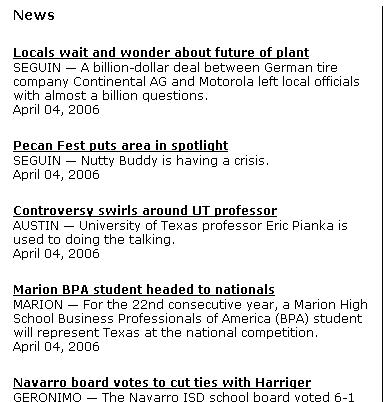 Then, the article “Controversy swirls around UT professor” was prominently displayed between two other articles also from April 4th, one on the Pecan Fest, and one on a Business Professions of America student competitor.

What happens when you get into Google’s cache to try to view these three articles? If the expungement of the Pianka piece was simply the Gazette trimming articles after a normal wait of a few days, then none of the other April 4th articles should be available. Yet, they’re all on-line today. In fact, the Gazette archives articles for a whole month. Why is the Pianka article missing? 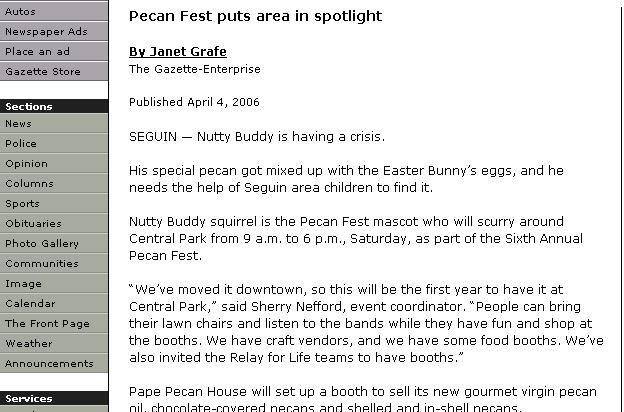 And the BPA Student’s article is still on-line… 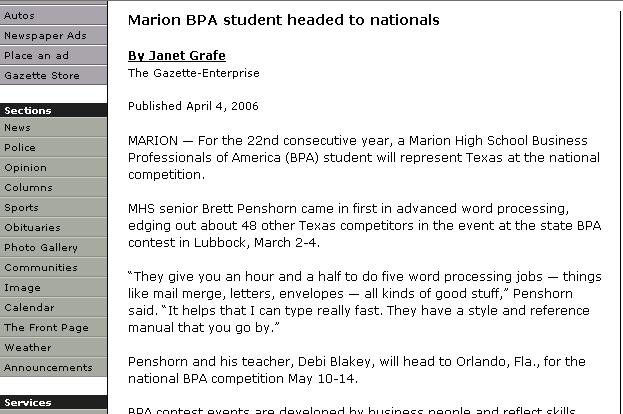 But, what happens when you try to get to the Pianka article? 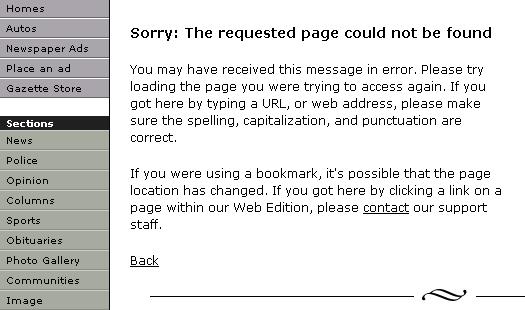 What is the Seguin Gazette-Enterprise so worried about? I don’t know, but the Cheshire Cat is out of the bag, thanks to Google’s Cache.