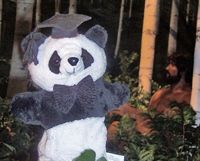 On June 17, I had the opportunity to return to Ken Ham’s House of (take your pick - Horrors, Thrills, Bible Stories) and really poke around the place. My friends Jason, Tara, and Wesley were there, along with some other great folk. I really learned a lot from the place, and I thought I would share some of my adventures with readers. Let’s take a look. (Warning - lots of images below the fold, may load slowly, especially for dial-up connections.)

The entrance to the parking lot was enticing – after all, who doesn’t like dinosaurs. 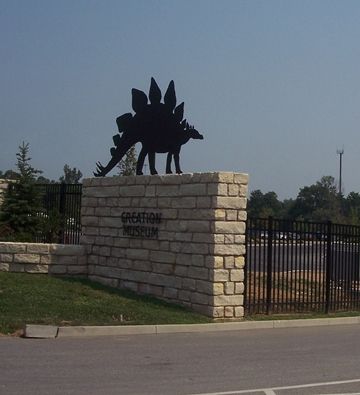 As I was saying, there were lots of educational features in the museum. I can’t remember everything, but some things just, like, stuck in my brain. Like how dangerous human reasoning is. 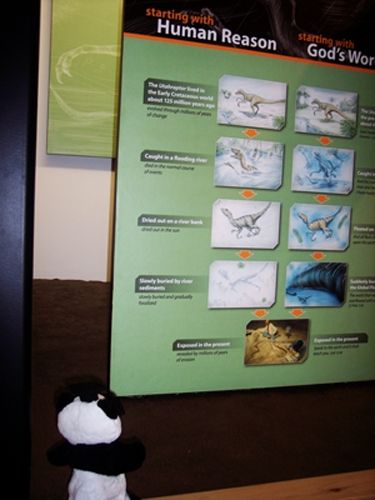 Or how Pangea formed and broke up all while underwater. 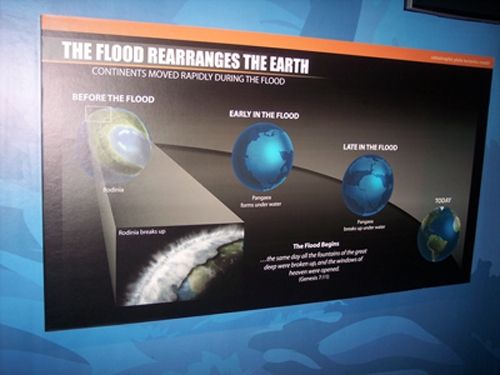 And I never knew the real story of weeds. 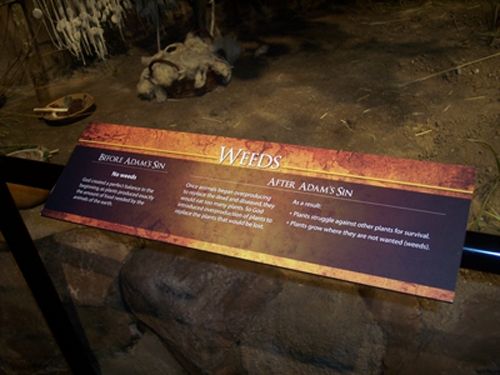 What with the dinosaurs on the prowl, I was sure relieved to learn about how they were plant eaters. 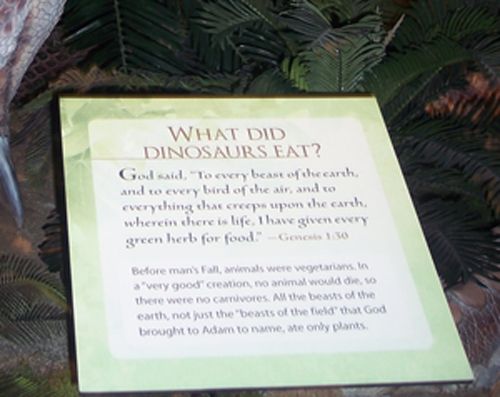 Of course, I had to check it out for myself. 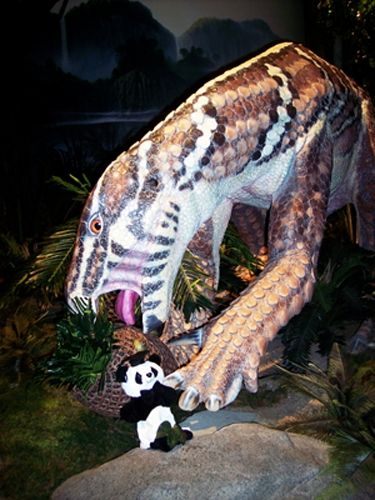 But something must have gone wrong (I heard some screaming about some sort of fall) – talk about close calls! 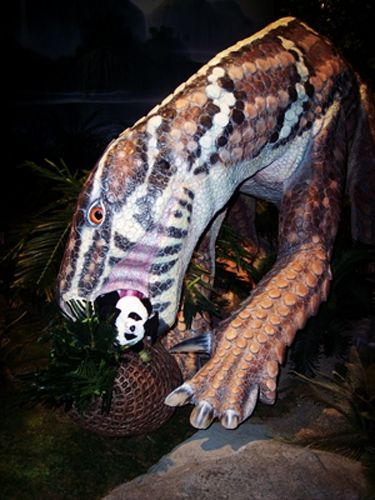 There were more attractions, of course. I was hoping that Adam would give me a really cool name in the Garden of Eden (not that Steve Steve is bad, but, I think, Grizzly Steve would be over the top). 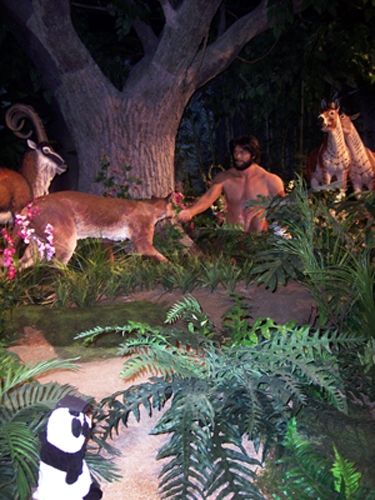 And the Ark – I knew where I was staying on that boat. Upper level, off the floor with all that animal mess. 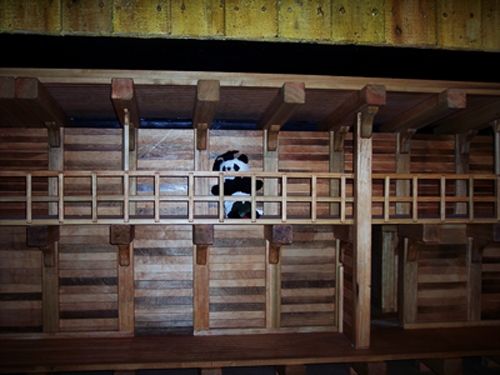 Of course, there were some pretty powerful historical lessons. Like the Scopes Trial. 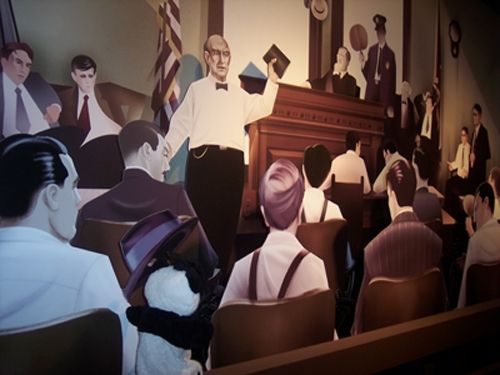 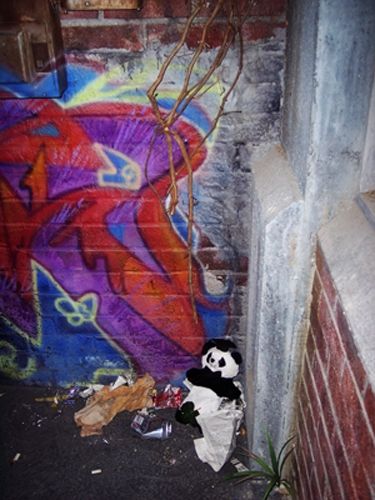 Of course, with all that excitement, one is sure to work up an appetite. They’ve got that covered as well. 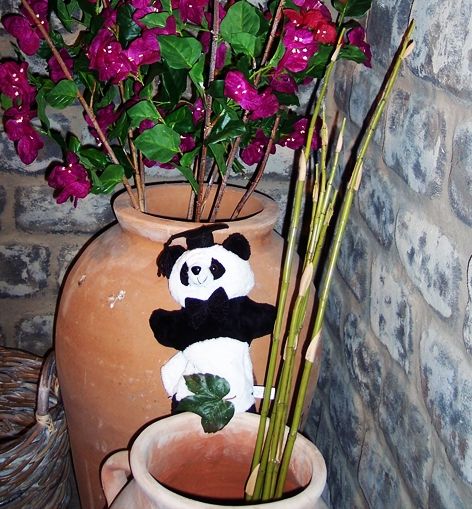 I have to admit that the best part was the company I was keeping. 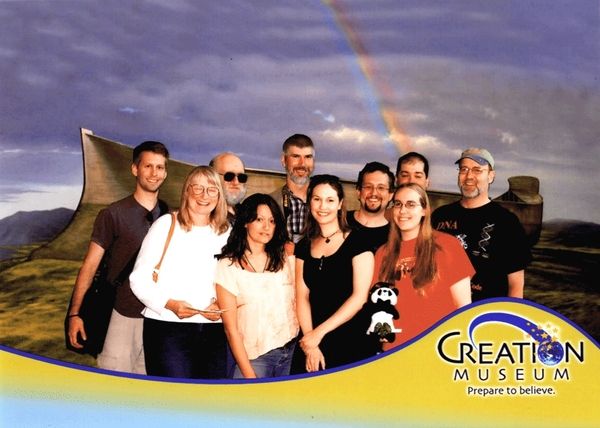 All in all, it was quite a visit. I’m not sure I’d take the kids (I could swear that Mel Gibson designed and directed some of the displays and videos – definitely not for the squeamish), and I sorta think I’d rather spend my money for the privilege of petting sharks. But, hey, I’ve got an audience, and they need to know what’s inside (and what they’re not missing …).