On the one hand, we’ve got Casey Luskin over at Evolution “News” and Views opting to take the High Road, castigating those mean-spirited “Darwinists” for their naughty behavior in this holiday season.

I enjoyed celebrating Thanksgiving by being thankful for the people in my life. I just hope that such e-mailers were able to let go of their intense anger and hatred and find some reason for giving thanks over this holiday season.

On the other hand, we’ve got the official website for the upcoming Ben Stein movie “Expelled - No Intelligence Allowed” plugging a little video they’ve made called Darwin Daze Sock Hop. 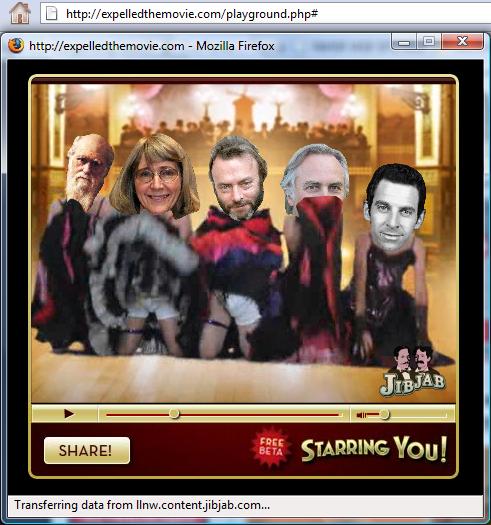 So how does displaying Genie Scott’s panties advance the Intelligent Design Movement? Read on…

The video was uploaded by “EXPELLED” on October 19th, 2007 at www.jibjab.com, a utility website that allows anyone to upload head-shot cutouts to be merged with several canned animations – or should I say “can-canned” animations?

The JibJab copy of the video is here. 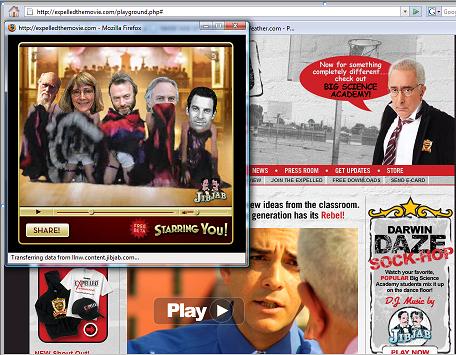 I guess it’s all a case of the right hand not knowing what the left hand is doing, namely shooting the hands’ owner in the foot, which happened to be placed in the owner’s mouth, all while the owner was digging himself another nice deep hole in his pothole-littered High Road.