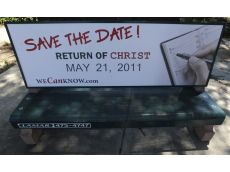 I just realized/figured out that Lauri Lebo, the reporter of Dover fame, and co-resident at the International Beer Can Museum, has an RSS feed for her posts at Religion Dispatches. Lots of fun stuff there, including the upcoming end of the world. By the way, we’ve got a guy on the Berkeley campus, David Temple, who is regularly out on the quad handing out these weird scrawled predictions of the end of the world starting May 21, 2011. He also hits the Integrative Biology building a couple times a year. I’ve saved a few since I figured this would make for a really good party next year.

I always assumed that the scrawling and Bible-verse quoting meant that David Temple was doing his own Bible-based numerology, but maybe he’s getting it from Harold Camping? Does anyone have any insight? I know a lot more about the literalists who focus on the beginning times than I do about the end-times guys. (Although, as you can see, the two are intimately connected.) 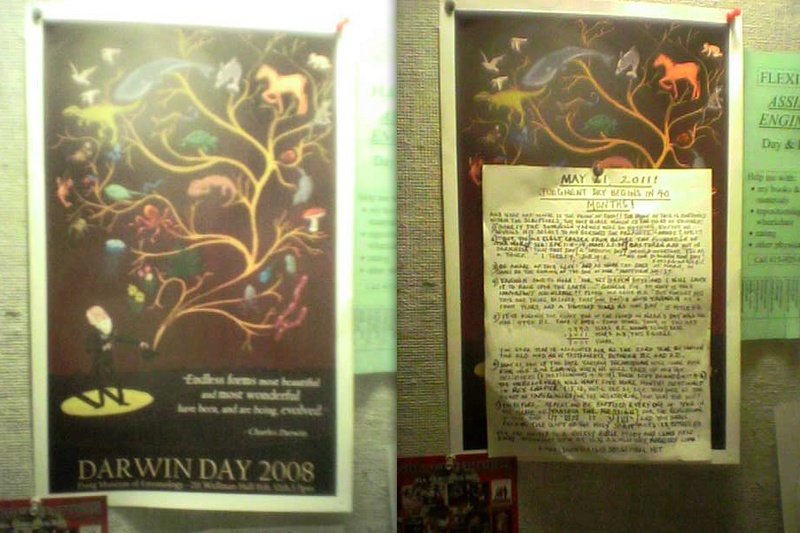 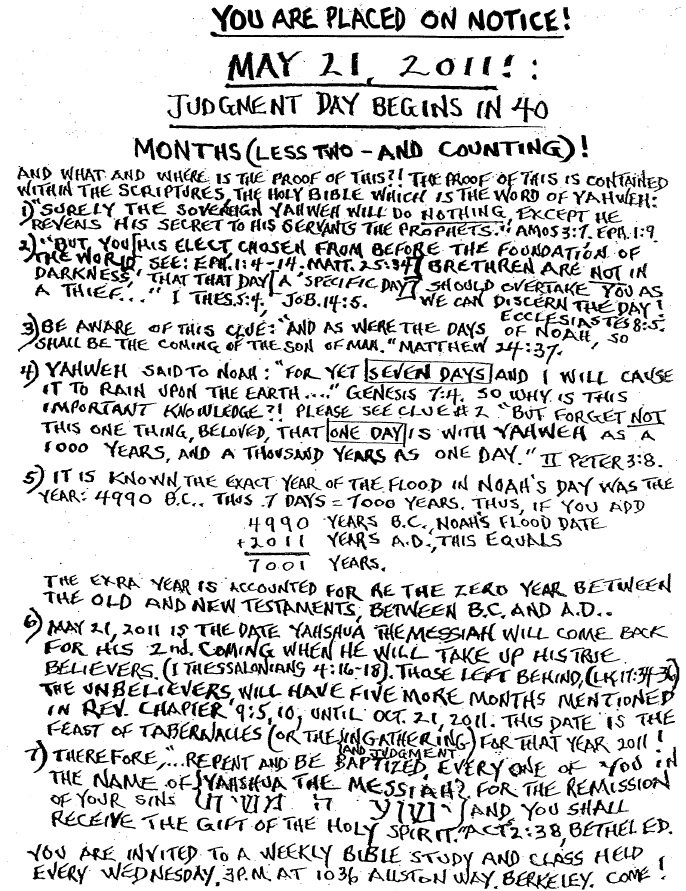 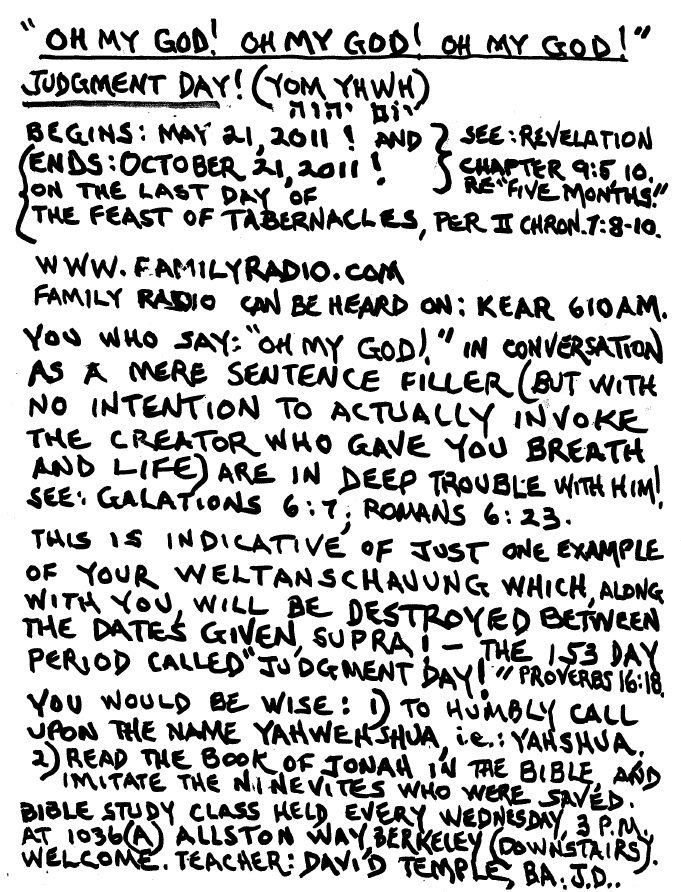