I just found out that Gobind Khorana died November 9 at his home in Concord MA. Khorana won the Nobel in 1968 (along with Nirenberg and Holley) for deciphering the genetic code. Before his work, nobody knew how a DNA sequence could “encode” the information necessary to make a protein macromolecule. His experiments were carried out in the classic bacterial system Escherichia coli. The realization that the genetic code in a single-celled bacterium is the exact same code used in humans is what finally convinced the biological community that all life, from trees to bacteria to elephants, shares common ancestry.

Khorana was also the first person to artificially synthesize a synthetic gene and use it to make a protein. It is not an exaggeration to say that these twin feats form the basis of all modern work on proteins. 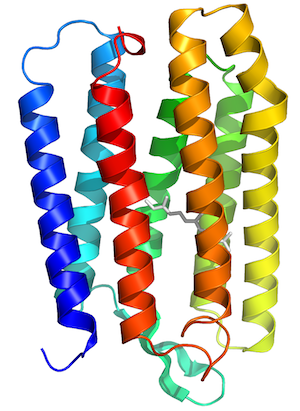