Hi all. I recently accompanied Dr. Tara Smith to the American Society for Microbiology (ASM) meeting down in Atlanta, GA. What a blast that was, though I was unable to make it over to Cobb County, where I hear they have some kind of famous sticker store! Anyway, Atlanta was fun too, though I have to say their bamboo still doesn’t compare to Manhattan.

Tara introduced me to some microbiology notables, including Jeffrey Taubenberger. Anyone who’s a history buff as I am (despite lacking a Ph.D. in that area, I have 3 Master’s degrees in American, European, and, of course, Chinese history) will recognize the name from the recent work his laboratory has done in sequencing the virus that caused the 1918 influenza pandemic. For those of you not in-the-know like I am, that’s the virus that killed roundabout 100 million people worldwide. Dr. Taubenberger found samples encased in formalin at his institute, the Armed Forces Institute of Pathology, and also was able to obtain a sample from a woman buried in the Alaskan permafrost. The goal of his research is to determine why that virus was so deadly, in order to apply that knowledge to future pandemics. We chatted awhile about pathology, virology, video games, really good alfredo sauce, and life in general, and I gave him a parting suggestion on a re-analysis of some of his data (after all, they didn’t make me an endowed chair of Creatoinformatics for nuthin!) I found Dr. Taubenberger’s work fascinating, and offered more advice if he needed it in the future. Here we are, hamming it up for the camera: 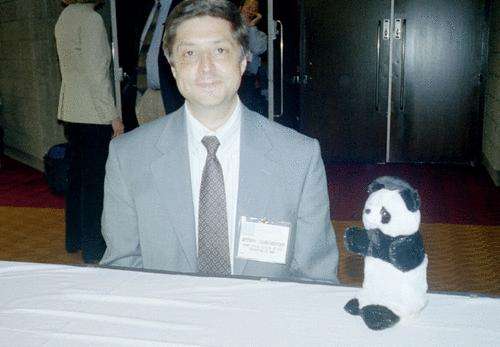 Moving on, I attended a symposium that addressed communicating with the public, on science in general and microbiology in particular. I couldn’t believe that they actually let journalists address my fellow esteemed biologists, but address they did, and I actually even thought some of it was good stuff! Luckily, there were a few credentialed scientists in the bunch as well, including Dr. Cynthia Needham, author of Global Disease Eradication: The Race for the Last Child and Intimate Strangers: Unseen Life on Earth, the companion text to the PBS series of the same name. She was a pleasure to speak with, and we discussed not only the difficulties of disseminating science to the public, but also the phenomenon of blogging–and specifically, female bloggers. Can you imagine? Poor Dr. Needham also had her luggage lost on the way…pays sometimes to only wear a bowtie and mortarboard! 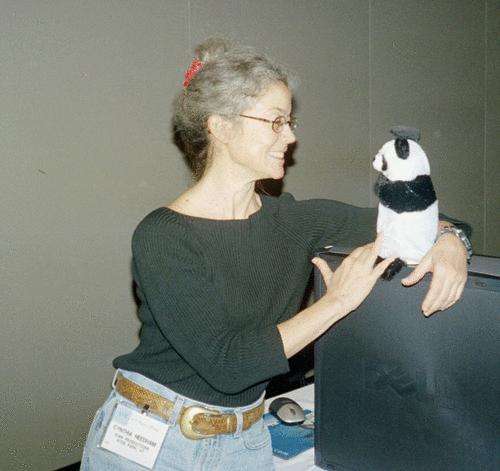 After a relaxing evening and a dip in the local pool (my pigeon friends declined to be photographed–modest little creatures they are), 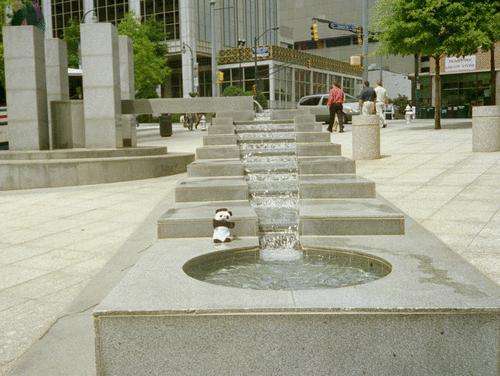 I met up with Dr. Gail Cassell, currently Vice President of Infectious Diseases at Eli Lilly and Company, and a former President of ASM. Dr. Cassell and I go way back, as I spent time in Alabama working on one of my dissertations while she was a professor at UAB. We discussed infectious causes of chronic diseases. I don’t think Dr. Cassell was very amused when I suggested they should simply keep the population on antibiotics from birth to death, and we wouldn’t have to worry about this silly infection stuff. Anyway, I hope it’s something she’ll give consideration to. I got the feeling that she had a bit of a crush on me. 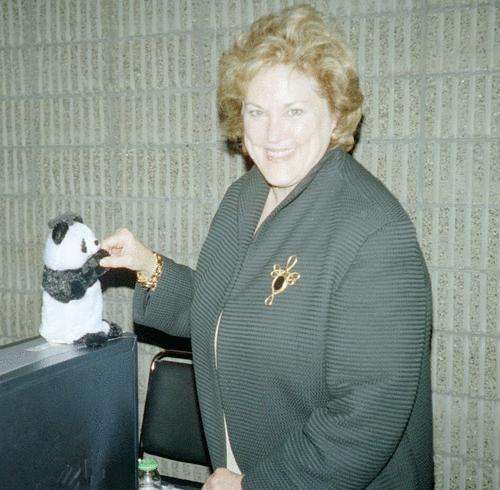 After the conference, I flew back to Iowa with Tara. She introduced me to her family, and gave me a quick tour of her laboratory and the area around the University of Iowa. Here I am playing with the biohazard sharps, which she immediately told me was a rather large no-no. Big faux pas on my part… 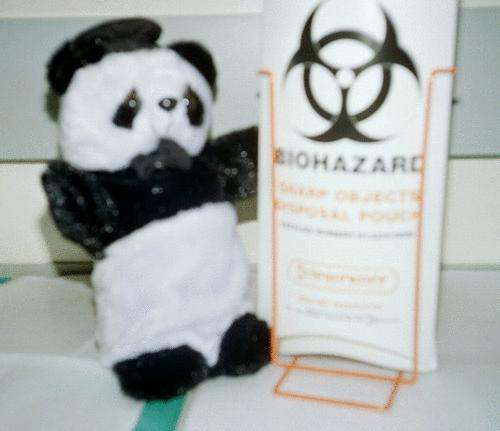 From what I gather, Tara does the kind of research that even creationists accept…studying variation within different species of bacteria, and how those differences relate to disease potential. That’s all fine and dandy, but I made sure to clean myself off carefully after I left the lab!

She even was kind enough to introduce me to their mascot, Herky. He was a bit cold, though, I have to say. 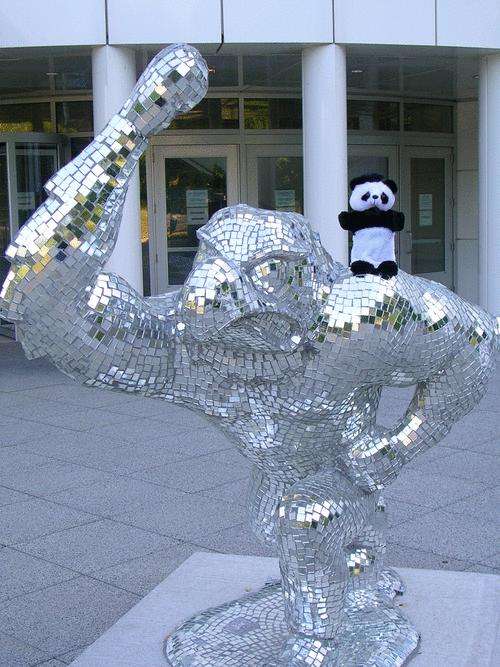 And of course, no trip to Iowa would be complete without a good old-fashioned romp through a cornfield. Hoo boy, did that ever tire me out! 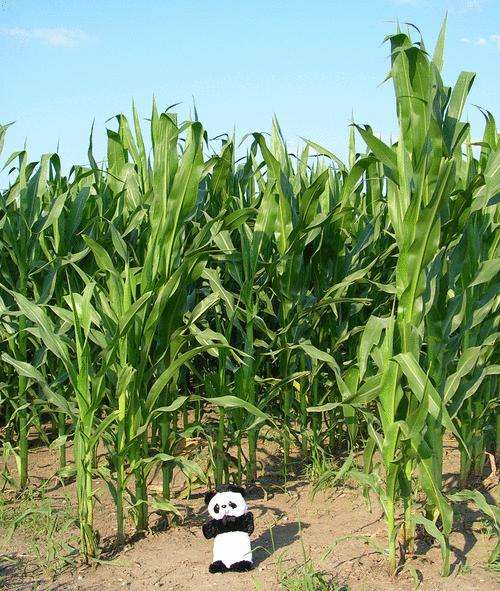 I said I’ll be sure to stop back by if those folks from Kansas start to invade the state.

Well, Reed is calling me…guess I need to get back to work. I’ll send an update on my Alaskan adventures shortly!

So long, ‘till next time. -Prof. Steve Steve.