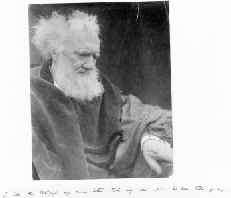 [Note: See update at bottom of post] Over at Stranger Fruit, John Lynch has linked to a charming photo of someone who is allegedly Darwin, further allegedly signed by Darwin. The photo accompanied an Ed Larson article published in the November/December 2005 issue of Historically Speaking: The Bulletin of the Historical Society, produced at Boston University. Furthermore, it is found in the online archives of the Yale University Beinecke Rare Book and Manuscript Library, in the Julia Margaret Cameron collection.

However, many of us Darwin fans think that this photo is not Chuck, and that someone, somewhere, has Officially Screwed Up. Mind you, it’s not quite as bad as 2004, when Barnes and Noble was selling the Autobiography of Charles Darwin with a photo of Alfred Russel Wallace on the cover, but a screwup nonetheless.

The question remains: Who Is That Bearded Man? Your poll options are below the fold.

Here is the full version of the “Darwin” photo: 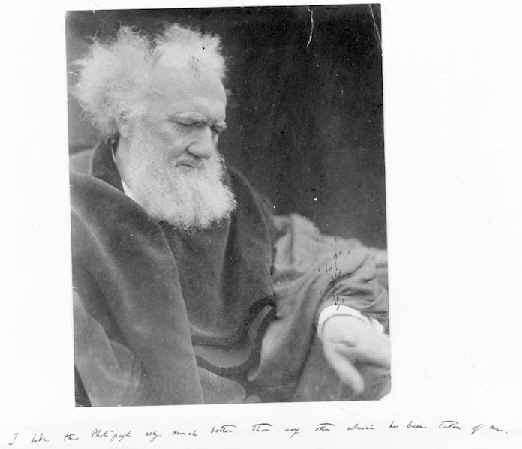 Before you vote, consider the following facts:

1. I was recently in the UK for the University of Birmingham Darwin Day, and got to visit Down House, Darwin’s home in Downe (yes, the village has the “e”, but not the house) south of London.

2. In the aforementioned Down House, there are many portraits of Darwin. One, taken by Julia Margaret Cameron, has a handwritten note below it, saying, “I like this Photograph very much better than any other which has been taken of me. Ch. Darwin”

3. The alleged Darwin photo at Yale has the same handwritten note; however, the text description at Yale, “I like this Photograph much better than any other which has been taken of me”, says only “much better” rather than the accurate quote, “very much better.”

4. The handwritten note at Down House was not attached to the above frizzy-haired bearded guy, rather, it was attached to this rather more dignified photo of Darwin, online at The American Museum of Photography, which clearly is the one and only Charles Darwin. This photo was also taken by Julia Margaret Cameron and is described as having the (accurate) handwritten Darwin note below it. 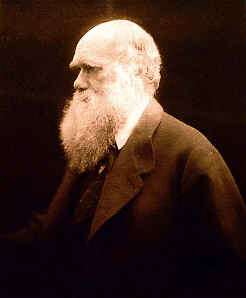 Time to Vote: Who is this Bearded Man?

Pick all that apply:

(a) It’s Charles Darwin. He’s got a beard and everything.

(b) Alfred Russel Wallace, who always gets confused with Darwin anyway.

(c.) Some footnote in history with a weird name also photographed by Julia Margaret Cameron, H. Thoby Prinsep, who evidently had some frizzy hair problems.

(d) The Bearded Man used in the famous Annals of Improbable Research study, “Feline Reactions to Bearded Men,” which was followed by many follow-up studies and a Special Bearded Men Issue of AIR. 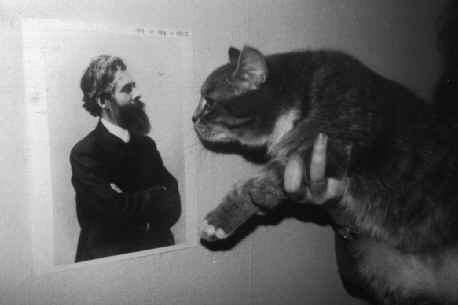 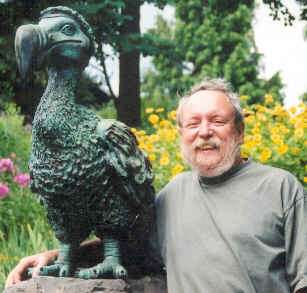 (g) The God of Western theism 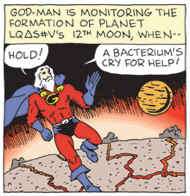 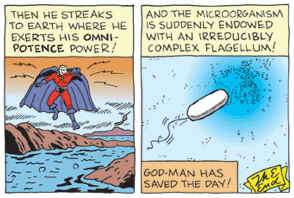 (i) Either Michael Ruse or Daniel Dennett, after arguing with the other about Darwin, God, and The Intelligent Designer.

(j) I don’t know who it is, but it’s pretty weird that a note in Darwin’s handwriting in one famous Darwin photo would somehow get spliced onto a photo of someone totally different in the Yale University archives, unless maybe Julia Margaret Cameron did it herself as a joke.

Please make your votes in the comments.

Update 1: Additional candidates have been proposed: Santa Claus, Noah, the guy who plays Moses in some movie, “Sam Jaffe playing God, or God playing Sam Jaffe”, Odin (the real God of Western theism), Gandalf, Dumbledore, someone sharing a common ancestor with Darwin, a Martian, and PZ Myers in 2040. Obviously I did not exhaust the Bearded Man Pool.

Update 2: John Lynch has received a reply from Kevin Repp, Curator of Modern European Books and Manuscripts at the Beinecke Library at Yale.

On the Darwin Photo

My post on the Darwin photo was picked up by Nick at the Panda’s Thumb. Yesterday, I contacted Kevin Repp, Curator of Modern European Books and Manuscripts at the Beinecke and I received this reply today:

Many thanks for your query. As it turns out, the photo in question is indeed of Mr. Princep. How it came to be cataloged as one of Darwin is a mystery. The inscription business makes it all the more curious. In any case, I have alerted our digital library cataloging staff, and the record will be corrected promptly. Thanks again for pointing this out to us.

Mystery solved … well sort of. We still don’t know about the inscription.

Princep was a British civil servant in India and was married to the photographer’s sister. See here (which reproduces an 1865 photo that is clearly from the same sitting).

Update 3: I just received a reply from Ed Larson; he says, “Yes, you are right, I had nothing to do with the picking the picture and never saw it until I received the publication. … If you make another entry in the blog, please include the fact that I knew nothing of the photo until it was published. Once I saw it, I knew it was not Darwin.” So in case anyone was wondering, Ed Larson does know what Darwin looked like.