On UcD, Bill Dembski provides a somewhat confusing commentary on the following picture from My Confined Space 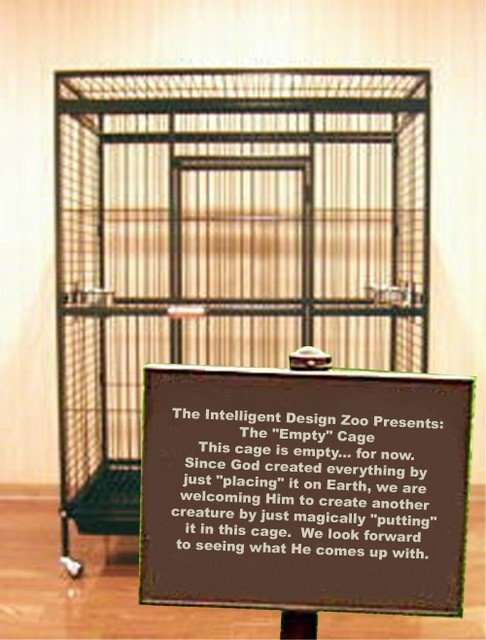 If the challenge below were met, would it be evidence for ID or for teleportation?

I guess teleportation is a purely natural process and God is of course equivalent with ID. Thank you Bill for a good laugh.

Look at these guy’s mocking God…

They better hope that God doesn’t put something like a Dragon or something in there.

Shudder, those nasty dragons… Hmm a supernatural designer sending a mythological creature, what a thought. It’s good to see Bill spend his time on ‘cutting edge’ ID research though.