I recently had the opportunity to return down-under to visit with some esteemed colleagues at Evolution 2007.—I last visited the Evolution meeting in 2005 when it was held in Fairbanks, Alaska.—Prior to the start of this meeting, I blazed across the South Island, in a stylish “rental car”—more like a cardboard box with bicycle tires—with two old drinking companions from the University of Arizona. No sooner had I begun my adventure than I had a close encounter with a truck full of sheep driving down the wrong side of the road. It was a close shave. Now, it turns out those crazy Kiwis drive on the left. Don’t they know “left” and “sinister” are synonymous in certain languages?

I didn’t let their harebrained traffic laws hinder my opportunity to explore as much of the South Island as possible. During my travels, I had the opportunity to become the first panda (and the first J.D.-M.D.-Quintuple Ph.D.) to climb a glacier.

Despite an attempt on my life when one of my companions “fell” in an ice river, I reached the top unscathed. With the help of my guide, Rebecca, I left a University of Ediacara flag upon the Glacier to memorialize my illustrious achievement. 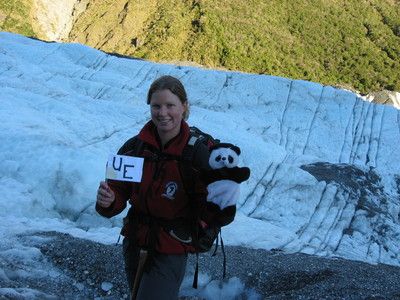 Ever the inquisitive biologists, my companions and I were also eager to view the wildlife of New Zealand. 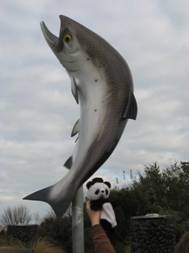 While we were fortunate enough to have several close encounters (especially with some overly-friendly sea lions), none was quite as disconcerting as meeting the Jesus fish just outside of Hokitika. Don’t worry folks, we sent that fish straight back to Kansas. 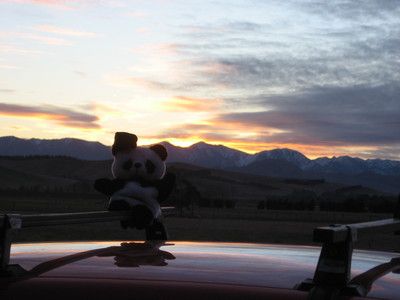 After eight days of excellent scenery, wine, and more than a few thrills, my companions and I headed back to Christchurch for the start of the meeting.

Upon my return to Christchurch, it was time to prepare myself for the opening ceremony of the conference. Although the invitation indicated business-casual, I wore my best panda suit; scruffy attire is for ecologists. The ceremony kicked off with happy-hour, where I had the opportunity to catch up with several old friends, including Doug Futyuma. Doug was eager to discuss my recent work on host specificity variation in agave worms (Hypopta agavis), and its impact on the tequila industry. 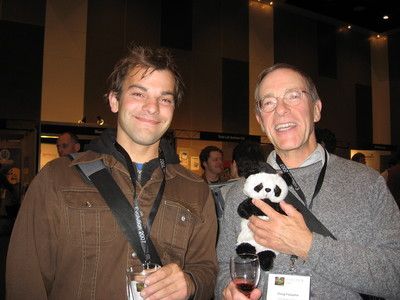 After several glasses of wine, my colleagues and I headed to the theater for a welcome ceremony from a local tribe of the native Maori people. Upon entering the theater, I was overwhelmed to discover that the entire ceremony was in honor of the most distinguished attendees of the conference: me, myself, and I. The Maori began by welcoming me to the island in their native language. Then, with the assistance of several members of the Society for the Study of Evolution, they performed the Haka, a traditional Maori war dance. 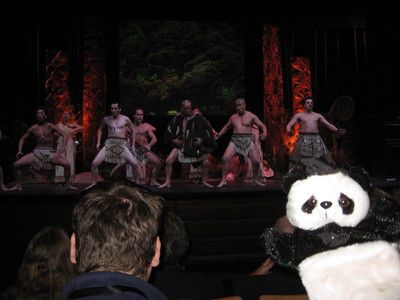 The dance included a combination of stomping, clapping, grunting, yelling, and the all-important display of the tongue. 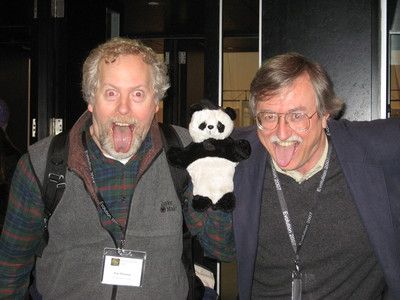 Although the Maori gave an excellent performance, I must note that scientists generally struggle to stomp and clap at the same time.

After the ceremony, and a few more glasses of wine, I was off for a nightcap and some all-important networking. However when I arrived at the bar, I was disappointed to discover there wasn’t much to see apart from a hoard of graduate students complaining about their pathetic stipends, evil committees, and horrendous comprehensive examinations. After I described how I supported my 17 younger brothers and sisters by moonlighting as a circus bear while pursuing my first Ph.D. (of five), they all stopped whining and bought me some drinks. 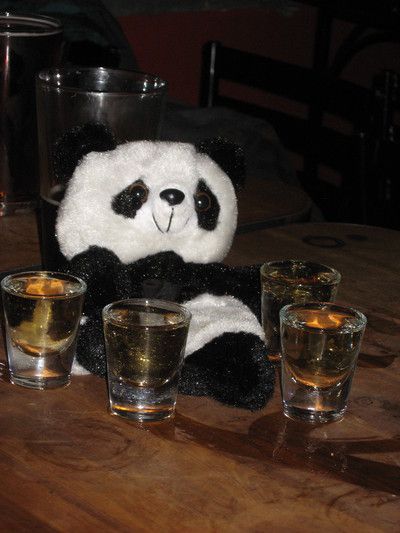 While I often stay out all night consuming libations at conferences, I recognize the importance of presenting a professional appearance to my colleagues in the morning. Pandas are not as fortunate as certain fruit flies in possessing multiple copies of alcohol dehydrogenase; therefore, I headed off the next morning to indulge in the all important hangover breakfast. Nothing detoxifies a bad mixture of beer, wine, and liquor like black coffee and greasy eggs. 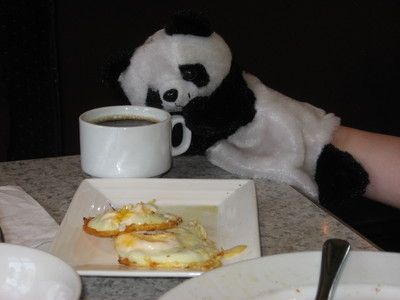 Back at the Christchurch Convention Center, the evolution conference was in full swing. When I opened my program to decide which platform session to attend first, I was disappointed to see that there were no talks by or about giant pandas. However, there were several talks on other “exotic” organisms such as koa birds, kangaroos and tuatara lizards. I was particularly intrigued by a talk on evolutionary rates in tuatara lizards, the only surviving members of Sphenodontia, an ancient order of reptiles. Evidently, although these “lizards” have a low body temperatures, long generation times, and have undergone little apparent phenotypic evolution over the last 220 million years, they exhibit extraordinarily high evolutionary rates.

I used my “down time” between talks to become better acquainted with my international colleagues. I was shocked to discover that many of the delegates from outside North America were not familiar with my countless discoveries and accomplishments. Luckily, I recognize the importance of tooting my own horn, especially at meetings. The Kiwis in particular were so impressed with me that David Lambert has offered to nominate for my 6th (honorary) Ph.D. from the University of Canterbury. 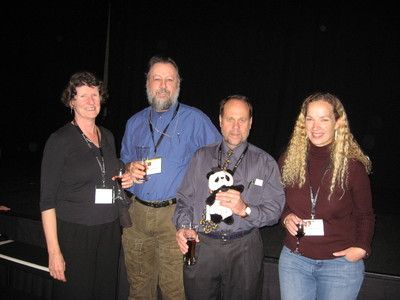 Although I enjoy the professional interactions that occur at meetings, all successful scientists know that your career is truly built at the bar afterwards—just ask Watson and Crick. Since I always think of my own advancement, I made sure to spend ample time exploring the Christchurch nightlife with my fellow evolution delegates. 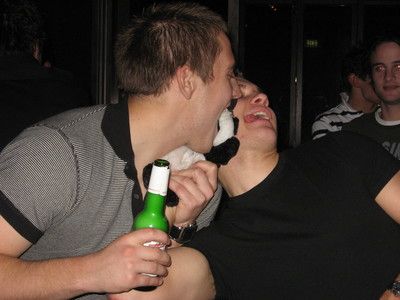 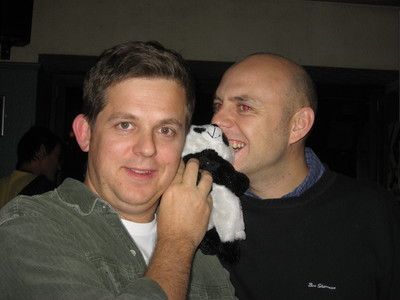 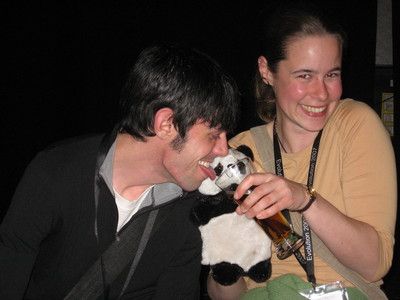 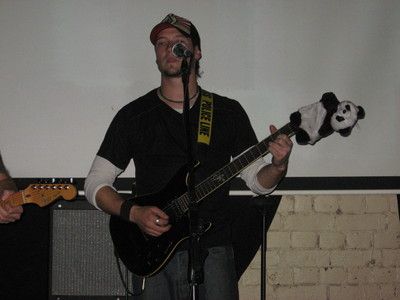 I must caution any younger scientists however, make sure you can hold your liquor: engaging in unsavory activities is liable to earn you a reputation.