In “sex, lies and a math mistake” I described how the Discovery Institute’s rapid response to the NOVA program on ID (a booklet called “The Theory of Intelligent Design: A briefing packet for educators, to help teachers understand the debate between Darwinian evolution and intelligent design”) was filled with egregious math errors and lies.

Perhaps it’s getting cold down under (and I don’t mean Australia), but the Discovery Institute has actually corrected the math mistake in their booklet.

They simply re-announced the release of the revised booklet, without mentioning that it was a revision.

Anyway, there has been a little progress. Now all they need to do is to get rid of the aforementioned lies. 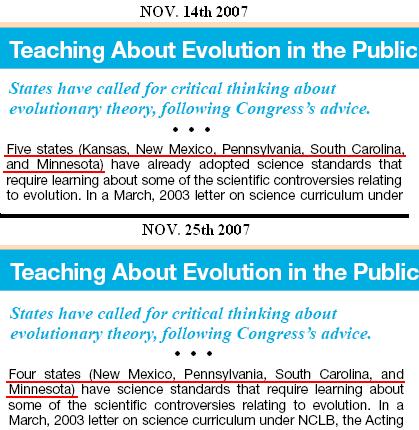