Some may know that one of my ‘hobby’ aspects of evolution involves the evolution of evolution, aka evolvability and how neutrality is a necessary requirement for evolvability. Let’s walk through an example which helps explain my position. 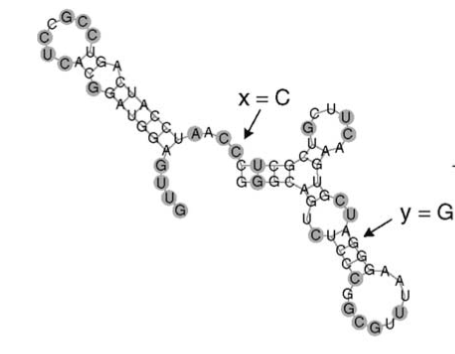 Note how some of the nucleotides are circled grey? These are locations which are neutral with respect to a mutation. In other words, a mutation to any of these does not change the folding of the RNA molecule.

Now let’s mutate one of these neutral nucleotides and see what happens. The nucleotide at position X is changed from a C into a G and as expected, the RNA molecule remains the same (after all X was a neutral location). 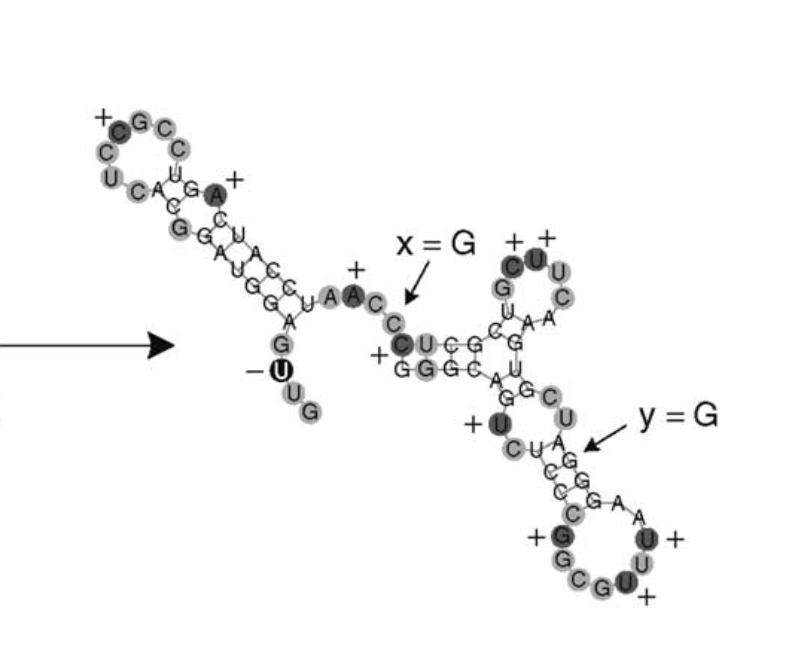 Now let’s mutate position Y from a G to an A and compare the effect on both, similar RNA molecules. The effect is dramatic, two different molecules despite the fact that the original RNA molecules were similar.

This opens up some exciting new possibilities for evolution, and it should not come as a surprise that evolution indeed seems to have taken use of this opportunity.