Three years ago I mentioned that the creator of the Sims was working on a new game-of-life called Spore. It now looks to be nearly done and they’ve offered an early showing of their “creature creator” to celebrities and choice bloggers to help advertise their game. Although inspired by the science of evolution, the developers have taken plenty of artistic liberties with the concept to make this game. Don’t expect Spore to be anything like Avida anytime soon. 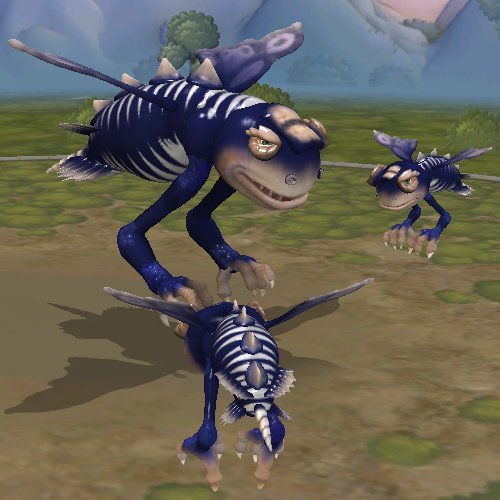 While I tried to make a Prof. Steve Steve inspired creature, it didn’t work too well. Instead I opted on creating a “Howling Nightmare”. This is the creature’s description:

Howling Nightmare, Alouatta pandas, is a flying carnivore covered in hard armor and known for its powerful howls and painful bites. It typically hunts at night, ambushing large, slow herbivores while they sleep. A single pair can consume five thousand times their body weight during a breeding season to feed their ravenous brood. Although this secretive creature is rarely seen, its kills litter the landscape, while its frightening howls remind you that it is never far away.