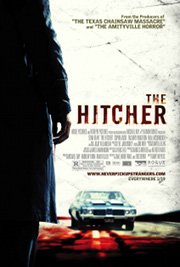 Genetic hitchhiking is thought to be an inevitable result of strong positive selection in a population. The basic idea is that if a particular gene is strongly selected for (as opposed to selected against), then the chunk of the genome that carries that gene will become very common in the population. The result is a local loss of genetic diversity: all (or nearly all) of the individuals in the population will have that same chunk of genetic information, whereas before the selection process acted, there might have been a lot of variation in that chunk throughout the population. And this means that areas of the human genome that are less variable between people are suspected sites of recent positive selection. Within that chunk, there are potentially many genes and genetic elements that became more common in the population by virtue of their placement near the gene that was actually selected for. Those other genes are the hitchhikers. And it’s likely that some hitchhikers are bad news - they’re harmful mutations that would normally become rare or extinct in the population, but instead have become common by hitchhiking.

In the last few years, large amounts of genetic information have become available that have enabled biologists to look for evidence of such phenomena in the human genome. Specifically, two major projects have collected genetic data for the purpose of analyzing genetic variation among humans. One project, the International HapMap Project, mapped and quantified sites in the human genome that are known to vary among humans by a single genetic letter. These sites are called single nucleotide polymorphisms, or SNPs (pronounced “snips”). The project has mapped millions of these sites in a group of 270 humans representing various lineages. Another project that has made the news recently is the 1000 Genomes Project, which also seeks to provide a picture of human genetic variation using more people (more than 1000 at present) and slightly different technology. Efforts like these have taken analysis of the human genome to a new level. No longer do we merely wonder what “the” human genome is like - we can begin to learn about how genetic differences give rise to biological differences such as susceptibility to particular diseases.

And we begin to look for evidence of positive selection in the human genome.

Read a primer on hitchhiking, then read the rest of the story about harmful mutations in the human genome, at Quintessence of Dust.