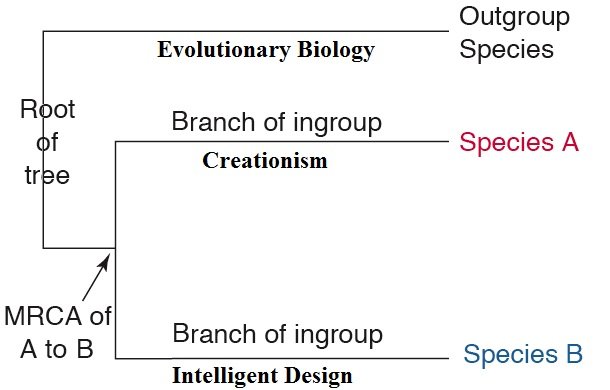 After the unit on Creationism and Intelligent Design in my Critical Thinking/Science and Pseudoscience class at New Mexico Tech (Psych 189), I asked the students to write an essay on the question

Is “Intelligent Design” just another version of Creationism? Why?

Along came student Elaine, who included this comment in her essay:

I remarked that the student had used evolution as an outgroup to correctly root the evolution/creationism/ID tree, and gave her an “A” for the assignment.