Jean-Baptiste Pierre Antoine de Monet was born on 1 August 1744 in Bazentin-le-Petit, Picardy, France. He was from a family of impoverished nobility, so he came to have the title Chevalier de Lamarck. He died at the age of 85 on 18 December 1829. 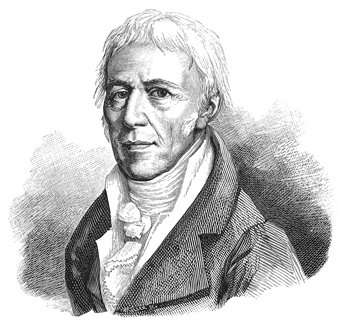 He was probably the greatest invertebrate biologist, clarifying the classification of invertebrates greatly. For that matter he is the one who coined the terms “invertebrate” and “biology”. He also was the first major evolutionary biologist, arguing that species had evolved from common ancestors and putting forward his own theory of the mechanisms – an inherent complexifying force combined with inherited effects of use and disuse of organs. One thing he did not do was introduce the notion of inheritance of acquired characters. Everyone already believed it; he just made use of it. So it should not be called “Lamarckian inheritance”.

Happy birthday to Lamarck, not a crackpot, not a quack, but a great evolutionary biologist.